The Inventor of the Gavinometer! Since the very start! Do you all have meetings and flesh out a plot, or do you just do whatever when it's your turn? Does everyone have a say in the books others are writing or is it every author for themselves? Okay, this isn't a question, but I just wanted to say that I really, really, really liked your idea of having Ian and Cara be together. D And also, there were so many funny lines in this book!

Whose idea was it to have Amy and Dan step down from being the leaders of the Cahill Family? How did you decide that Cara would turn out to be a good guy. If not its okay But no spoilers. I don't get on much but when I do.. I want you all to know that I love each and every one of you, even if this place isn't the same anymore. I am Saber Qahill. I'm years old. I'm from the planet Gallifrey in the constellation of Katerborus. Also, what are your ships?

Angela Hope Nataliya Wizard-Cahill. Tribute of District What made you decide that Ian would be the new Madrigal Leadership. Yes, I am the same person with two different names, but that's the fun of alter egos. I'm Cleverstough the NightWing.

Korman, Flashpoint has taken its place in a tie for my favorite 39 Clues book, ever! You did so many awesome things with Flashpoint! First of all, you managed what seemed almost impossible for anyone to do; you wrapped up the Unstoppable series which up to now had kind of been a downer in an incredibly positive way. You even managed to not kill off Pierce, which I was glad of, because dying would have been too good for him! Another amazing thing you did: You fully developed a much needed counterpoint heroine to balance Amy: Cara is cool, efficient, tantalizing. She makes a great contrast to Amy who has messy emotions, a hard headed unpleasant stubborness, and basically has morphed into a most unsympathetic protagonist; not your fault, though.

Amy was pretty much a lost cause several books before Flashpoint came along. 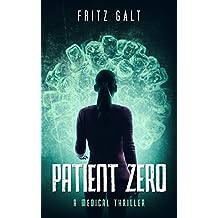 You also created a couple I can actually root for, with no qualms. I admit I still have an Amian streak which stabs through me from time to time, but Cara will most definitely help keep it at bay. Anyway, besides throwing accolades at you, I do have several questions: Korman, you are one of only two authors who have written books in all three of the 39 Clues series, so you know the characters very well.

Not including Amy, she's too obvious to pick which three of them do you think have changed the most from the beginning to now? For best results, all five parts are needed; hopefully you know this, Doublecross authors Most people just write if you can call it that in the way of the new generation, the generation that is image-based. The technology is increasing for young people all the time and the use of it is destroying people. It gives me a lot of encouragement to see good writing in these days.


Because He lives all fear is gone. Because I know He holds the future. And life is worth the living just because He lives". I get a LOT of practice writing essays and articles; for AP English, and Journalism, and because of being editor of my high school's newspaper; plus doing an internship at a regular newspaper.

It felt really good that you noticed my efforts with my post though Your book "One false note" is so nice! Just so you know, I love your books, and I was soooo thankful that you were going to be the one to write the last book in the series.

As Amy and Dan have gone from series to series, they've started to grow up. What was it like coming back and seeing them grown up, and how did that affect how you wrote about them? You may call me any of these. Who was your favorite character to write about? If you had no choice but to make someone on the Cahill team die in Flashpoint, who would it have been?

Leader of Camp Half-Blood. Praetor of Camp Jupiter. I really enjoyed The Emperor's Code, though the entire Unstoppable series was my favourite series by far! When I got Flashpoint Well, you wouldn't believe how ecstatic I was. I read it in that one day because I had toHow know how it ended. I especially liked how Ian and Cara got together, best couple. Anyway, I don't have any questions for you about Flaahpoint, because I feel that you wrapped up that series nicely.

I do have a couple questions about Cahills vs Vespers though, if you don't mind me asking. I know that there was some sort of fire connected to the Cahill, but it wasn't specified in the rest of the books. How did you originally think he got the burn being the one who wrote the book and all? I realize that you didn't write that book, but maybe you author agents had discussed that and you know. I'd really appreciate it if you could reply to this.

These questions have been nagging at me ever since I finished the 2nd series. We asked, and you lived up to the standards. I never would have thought that anyone could use the media to harass the same individuals. It just wouldn't come to the ordinary mind. Good thing I know some minds that aren't so ordinary! You guys have done a great job at "Recording" the story of Amy and Dan. Was flash point the last Unstoppable book? When will the next series come out? The next series won't be the last, right? I would hate to run out of these books to read!