Meanwhile human rights groups say they fear that the victims of the atrocities will be denied justice. Reading articles is for subscribers only.

They are 52 seconds that could, on their own, sum up France's attitude during the genocide against the Tutsis in Rwanda nearly 25 years ago. This video, of which Mediapart has obtained a copy, was filmed by French soldiers in the summer of and throws into sharp relief the passivity of the French army during one of the most embarrassing episodes for France during its military presence in Rwanda in Menu Fermer le menu.

The report documented mixed success at disarming the Rwandan Army and militias, but a definite and systematic attempt though not fast enough as far as then-General Paul Kagame of the opposing RPF forces was concerned, in documentation of the latter's communications with the French forces.

The Parliamentary Commission did not find any evidence of French participation in the genocide, of collaboration with the militias, or of willful disengagement from endangered populations, to the contrary. It documented multiple French operations, all at least partly successful, to disable genocide-inciting radio broadcasts, tasks which the UN and the United States had rejected calls for assistance with.

The report concluded that there had been errors of judgment pertaining to the Rwanda Armed Forces, but before the genocide only; further errors of judgment about the scale of the threat, at the onset of the genocide; over-reliance on the UNAMIR mission without awareness that it would be undercut by the United States and other parties; and ineffective diplomacy.

Ultimately, it concluded that France had been the foreign power most involved in limiting the scale of the genocide once it got started, though it regretted that more had not been done. President Kagame himself was not indicted, as he had immunity under French law as a head of state. 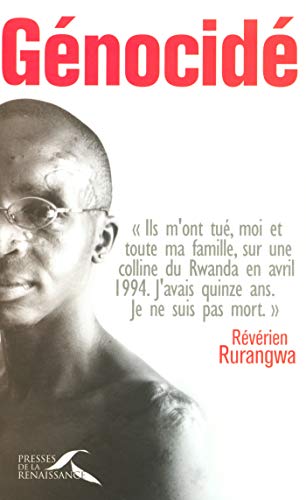 Kagame denied the allegations, decrying them as politically motivated, and broke diplomatic relationships with France. He then ordered the formation of a commission of his own Rwandan Justice Ministry's employees that was officially "charged with assembling proof of the involvement of France in the genocide". In testimony before the commission, Jacques Bihozagara, who was presented as "former ambassador to France", claimed that "Operation Turquoise was aimed only at protecting genocide perpetrators, because the genocide continued even within the Turquoise zone.

The French Army and genocide in Rwanda: a damning video

His attitude and statements at that time led to reports that he had ordered that massacre, making him too much of a political liability for the RPF to keep as minister. Findings of the commission were released at Kagame's order on August 5, A statement accompanying the release claimed that "French soldiers themselves directly were involved in assassinations of Tutsis and Hutus accused of hiding Tutsis French forces committed several rapes on Tutsi survivors", though the latter was not documented in the report.


Chief among them has been an iron determination to keep the world's attention focused on the genocide, rather than on the role of the Rwandan Patriotic Front RPF , the force that took power in , bringing President Paul Kagame to power. In recent years uncomfortable questions have been raised about the war crimes the RPF are alleged to have committed during and after In , during a visit to Rwanda, French President Nicolas Sarkozy acknowledged that France made "mistakes" during the genocide, although, according to a BBC report, he "stopped short of offering a full apology".


From Wikipedia, the free encyclopedia. French Parliamentary Commission on Rwanda.

Role of France in the Rwandan genocide

National Assembly of France. Retrieved 14 August Archived June 4, , at the Wayback Machine. He is appealing his sentence. Jacques Bihozagara had sued the magazine African International Times for defamation in reporting this, but lost. Retrieved March 15, Retrieved April 2, Archived from the original on July 8, French accused in genocide , New York Times , August 6, Retrieved August 5,